OUR LINE OF GURUS 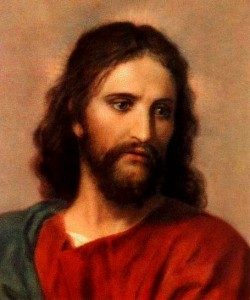 Jesus Christ appeared to Mahavatar Babaji, and said, that although his followers still do good works, they have lost the ability to commune inwardly with God. He wished for them to commune with him in deep meditation. Accordingly in tune with the divine plans of Babaji, the Avatar, Paramhansa Yogananda was born and in later years he went to the west to spread the teachings of Kriya Yoga.

In this chapter in the AY is described the beautiful inspiring life of Lahiri Mahasaya.

Lahiri Mahasaya sought to answer the common challenge: “After performing one’s business and social duties, where is the time for devotional meditation?” The harmoniously balanced life of the great householder-guru became the silent inspiration of thousands of questioning hearts. Earning only a modest salary, thrifty, unostentatious, accessible to all, the master carried on naturally and happily in the path of worldly life.

Day after day, one or two devotees besought the sublime guru for Kriya initiation. In addition to these spiritual duties, and to those of his business and family life, the great master took an enthusiastic interest in education. He organized many study groups, and played an active part in the growth of a large high school in the Bengalitola section of Benares. His regular discourses on the scriptures came to be called his “Gita Assembly,” eagerly attended by many truth-seekers.

‘You are my guru Babaji, who has belonged to me always! Scenes of the past arise vividly in my mind; here in this cave I spent many years of my last incarnation!’ As ineffable recollections overwhelmed me, I tearfully embraced my master’s feet.

“‘For more than three decades I have waited for you here—waited for you to return to me!’ Babaji’s voice rang with celestial love.

“‘My guru, what can I say?’ I murmured brokenly. ‘Where has one ever heard of such deathless love?’ I gazed long and ecstatically on my eternal treasure, my guru in life and death.

On the eighth day I fell at my guru’s feet and implored him to keep me always near him in this sacred wilderness.

“‘My son,’ Babaji said, embracing me, ‘your role in this incarnation must be played on an outward stage. Prenatally blessed by many lives of lonely meditation, you must now mingle in the world of men.

“‘A deep purpose underlay the fact that you did not meet me this time until you were already a married man, with modest business responsibilities. You must put aside your thoughts of joining our secret band in the Himalayas; your life lies in the crowded marts, serving as an example of the ideal yogi-householder.

“‘The cries of many bewildered worldly men and women have not fallen unheard on the ears of the Great Ones,’ he went on. ‘You have been chosen to bring spiritual solace through Kriya Yoga to numerous earnest seekers. The millions who are encumbered by family ties and heavy worldly duties will take new heart from you, a householder like themselves. You must guide them to see that the highest yogic attainments are not barred to the family man. Even in the world, the yogi who faithfully discharges his responsibilities, without personal motive or attachment, treads the sure path of enlightenment.

“‘No necessity compels you to leave the world, for inwardly you have already sundered its every karmic tie. Not of this world, you must yet be in it. Many years still remain during which you must conscientiously fulfill your family, business, civic, and spiritual duties. A sweet new breath of divine hope will penetrate the arid hearts of worldly men. From your balanced life, they will understand that liberation is dependent on inner, rather than outer, renunciations.’

“‘Be it so. The divine wish has been expressed through you.’ With these simple words, the merciful guru banished the rigorous safeguards that for ages had hidden Kriya from the world. ‘Give Kriya freely to all who humbly ask for help.’ 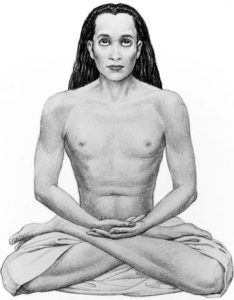 Babaji is described in a few passages by Sri Yukteswar, Paramhansa Yogananda in AY thus,

“The northern Himalayan crags near Badrinarayan are still blessed by the living presence of Babaji, guru of Lahiri Mahasaya. The secluded master has retained his physical form for centuries, perhaps for millenniums. The deathless Babaji is an avatara. This Sanskrit word means “descent”; its roots are ava, “down,” and tri, “to pass.” In the Hindu scriptures, avatara signifies the descent of Divinity into flesh.

“Babaji’s spiritual state is beyond human comprehension,” Sri Yukteswar explained to me. “The dwarfed vision of men cannot pierce to his transcendental star. One attempts in vain even to picture the avatar’s attainment. It is inconceivable.”

Babaji’s mission in India has been to assist prophets in carrying out their special dispensations. He thus qualifies for the scriptural classification of Mahavatar (Great Avatar). He has stated that he gave yoga initiation to Shankara, ancient founder of the Swami Order, and to Kabir, famous medieval saint. His chief nineteenth-century disciple was, as we know, Lahiri Mahasaya, revivalist of the lost Kriya art.

The Mahavatar is in constant communion with Christ; together they send out vibrations of redemption, and have planned the spiritual technique of salvation for this age. The work of these two fully-illumined masters—one with the body, and one without it—is to inspire the nations to forsake suicidal wars, race hatreds, religious sectarianism, and the boomerang-evils of materialism. Babaji is well aware of the trend of modern times, especially of the influence and complexities of Western civilization, and realizes the necessity of spreading the self-liberations of yoga equally in the West and in the East. 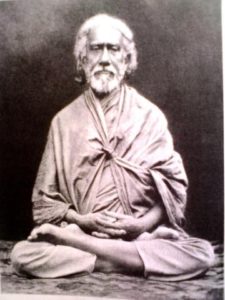 A Christlike man in the ocher robes of a swami stood motionless at the end of the road. Instantly and anciently familiar he seemed; my gaze fed hungrily for a trice. Then doubt assailed me.

“Gurudeva!” The divine face was none other than he of my thousand visions. These halcyon eyes, in leonine head with pointed beard and flowing locks, had oft peered through gloom of my nocturnal reveries, holding a promise I had not fully understood.

“O my own, you have come to me!” My guru uttered the words again and again in Bengali, his voice tremulous with joy. “How many years I have waited for you!”

“Guruji, please tell me something of your life.” I was squatting on a straw mat near his tiger skin. The friendly stars were very close, it seemed, beyond the balcony.

“My family name was Priya Nath Karar. I was born here in Serampore, where Father was a wealthy businessman. He left me this ancestral mansion, now my hermitage. My formal schooling was little; I found it slow and shallow. In early manhood, I undertook the responsibilities of a householder, and have one daughter, now married. My middle life was blessed with the guidance of Lahiri Mahasaya. After my wife died, I joined the Swami Order and received the new name of Sri Yukteswar Giri. Such are my simple annals.”

Attachment is blinding; it lends an imaginary halo of attractiveness to the object of desire.

Sri Yukteswar chose the following morning to grant me his Kriya Yoga initiation. In Master’s presence I felt transforming power. At his touch, a great light broke upon my being, like glory of countless suns blazing together. A flood of ineffable bliss, overwhelming my heart to an innermost core, continued during the following day. 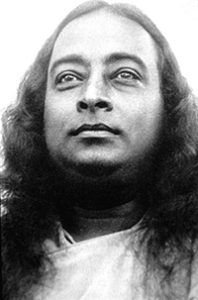 Babaji addressed me again. “You are the one I have chosen to spread the message of Kriya Yoga in the West. Long ago I met your guru Yukteswar at a Kumbha Mela; I told him then I would send you to him for training.”

“Kriya Yoga, the scientific technique of God-realization,” he finally said with solemnity, “will ultimately spread in all lands, and aid in harmonizing the nations through man’s personal, transcendental perception of the Infinite Father.”

The eve of my departure for the United States found me in Sri Yukteswar’s holy presence.

“Forget you were born a Hindu, and don’t be an American. Take the best of them both,” Master said in his calm way of wisdom. “Be your true self, a child of God. Seek and incorporate into your being the best qualities of all your brothers, scattered over the earth in various races.”

Then he blessed me: “All those who come to you with faith, seeking God, will be helped. As you look at them, the spiritual current emanating from your eyes will enter into their brains and change their material habits, making them more God-conscious.”

Yogananda's Astrological Bangles, as mentioned in The Autobiography of a Yogi.